NVIDIA RTX 3090 Ti getting even cheaper

The official MSRP for RTX 3090 Ti is 1999 USD, but EVGA custom models with their better cooling and higher performance were sold at higher price. The cheapest FTW3 model introduced with a price of 2149 USD is now available for … 1000 USD less. EVGA RTX 3090 Ti FTW3 gaming series feature 3 SKUs, the cheapest one, offering NVIDIA reference clocks is now available for 1149 USD.

Just three weeks ago we reported on unofficial price cuts being introduced by some retailers and board partners, including EVGA. The company was actually among the few that lower the price of RTX 3090 Ti to 1499 USD. Just three weeks later this price is further reduced by 350 USD.

EVGA 3090 Ti FTW3 cards are now sold for 1150 USD to 1400 USD. One should note that the BLACK edition available at 1400 USD is actually less powerful than ULTRA (lower clocks) sold for 200 USD less. The new price does not apply to HYDRO Copper and KINGPIN Hybrid SKUs, both are still listed at 1500 and 2000 USD respectively. 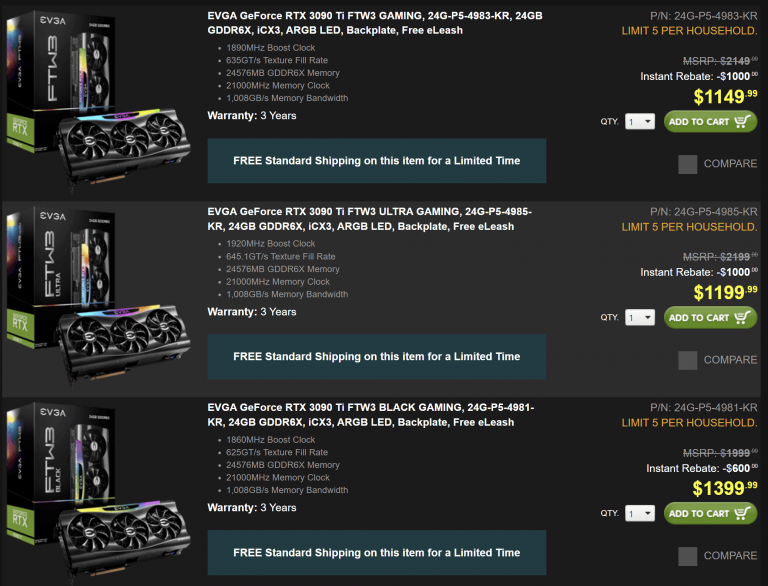