Ricky Martin, 50, signs on to star opposite Kristen Wiig in the comedy Mrs American Pie based on the novel by Juliet McDaniel for Apple TV+

By Alesia Stanford For Dailymail.Com

The 50-year-old superstar has signed on to be a part of the Apple TV+ comedy series based on the novel by Juliet McDaniel.

The She Bangs singer will take on the role of Robert, a ‘confirmed bachelor’ who teams up with Kristen Wiig’s Maxine after her husband walks out on her during Thanksgiving 1969. 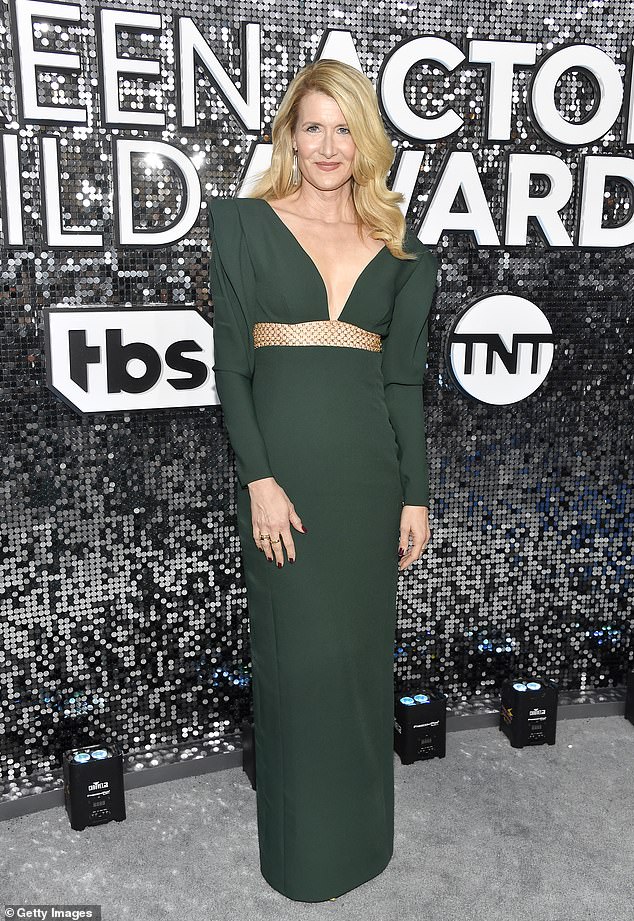 She is in the show too: Laura Dern, seen in 2020, will also be a part of the project

Devastated at the loss of her marriage and her social circle, Maxine asks Robert to create a fake family with her so Maxine can compete in the Mrs American Pie beauty contest.

Alison Janney, Laura Dern and Leslie Bibb have also signed on to the project, with Laura stepping in as an executive producer of the 10-episode series.

Later this week, the Grammy winner is scheduled to team up with Christina Aguilera to perform at the American Foundation for AIDS Research gala in Cannes. 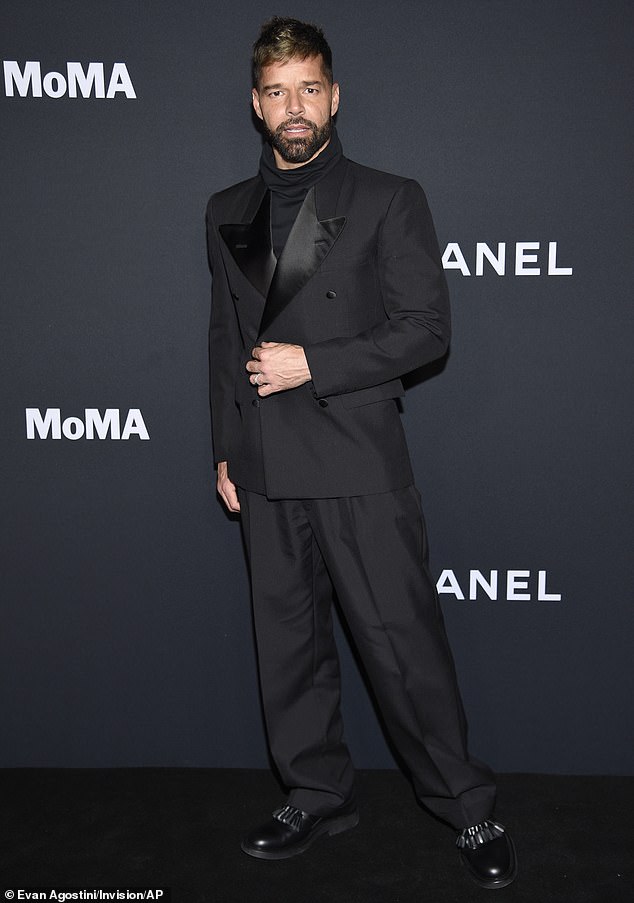 Cannes: The Grammy winner will perform later this week at the American Foundation for AIDS Research gala in Cannes. Pictured New York December 2021

The 75th Annual Cannes Film Festival is scheduled to wrap on Saturday, May 28.

Mrs. American Pie is Ricky’s first major role since starring as Antonio D’Amico in The Assassination of Gianni Versace for the American Crime story anthology.

The Puerto Rican native has come a long way professionally since joining the boy band Menudo at the age of 12. 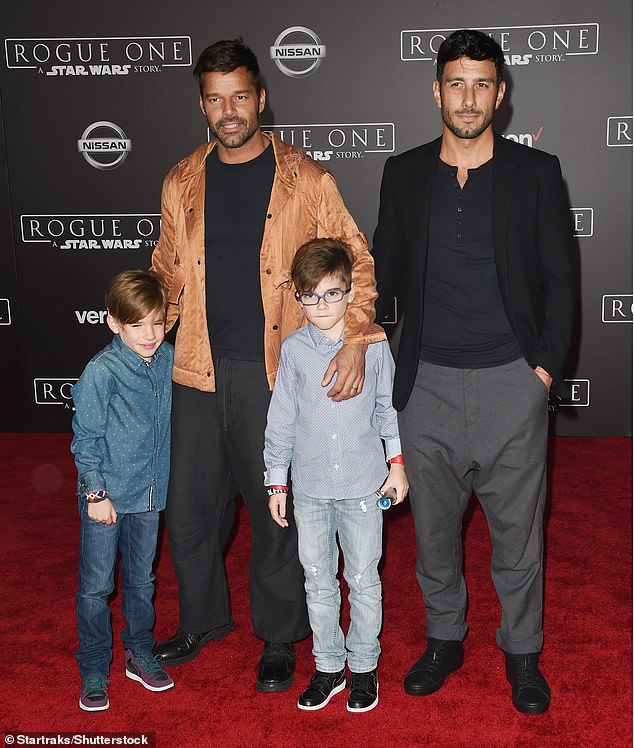 The Tiburones crooner has earned more than 200 awards for his music.

He came out as gay in 2010 and has since become an advocate for LGBTQ rights around the globe.

The Best Thing About Me is You singer married painter Jwan Yosef, 37, in 2017 and together they are the parents to twins Valentino and Matteo, 13, Lucia, 4, and Renn, 3.