Teresa Guidice and Luis Ruelas are scheduled to walk down the aisle Saturday, but some behind the scenes drama has already overshadowed the big day.

Joe Giudice, 50, the ex-husband of the bride-to-be, also 50, said he wishes the duo well, before cracking a joke about his former in-laws, Joe and Melissa Gorga, to TMZ.

‘I dealt with that thorn in my side for 20 years.’ he quipped. ‘Unfortunately, they always come around.’

Well wishes: Teresa Guidice and Luis Ruelas are scheduled to walk down the aisle Saturday, but some behind the scenes drama has already overshadowed the big day; seen in June 2022

Joe and Louie reportedly met last year when they all traveled to the Bahamas for a family vacation. It’s unclear if the topic of the in-laws ever came up, but according to a source, Joe did give his blessing to the union.

‘Teresa and Joe are doing an amazing job of co-parenting and supporting one another and supporting their daughters. Teresa is very grateful that Joe and Louie have also grown close and that Joe has offered them his blessings. Joe is and has always been an amazing father.’

Teresa and her sister-in-law and The Real Housewives of New Jersey co-star, 43,have not always gotten along. Melissa is married to Teresa’s brother, Joe, 42. 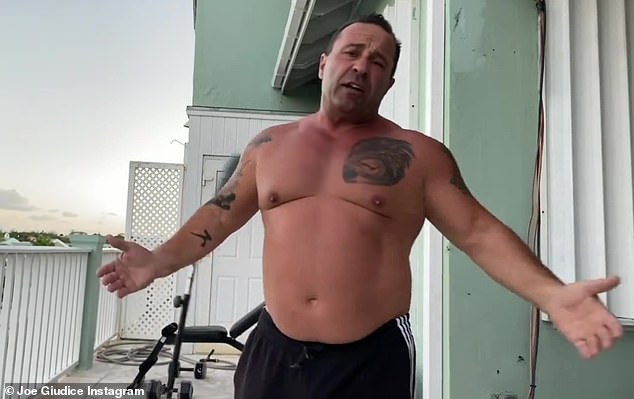 Thorn: Joe Giudice was married to Teresa for 20 years and they have four daughters together. Of his in-laws, Joe and Melissa Gorga, Joe said, ‘I dealt with that thorn in my side for 20 years. Unfortunately, they always come around’ 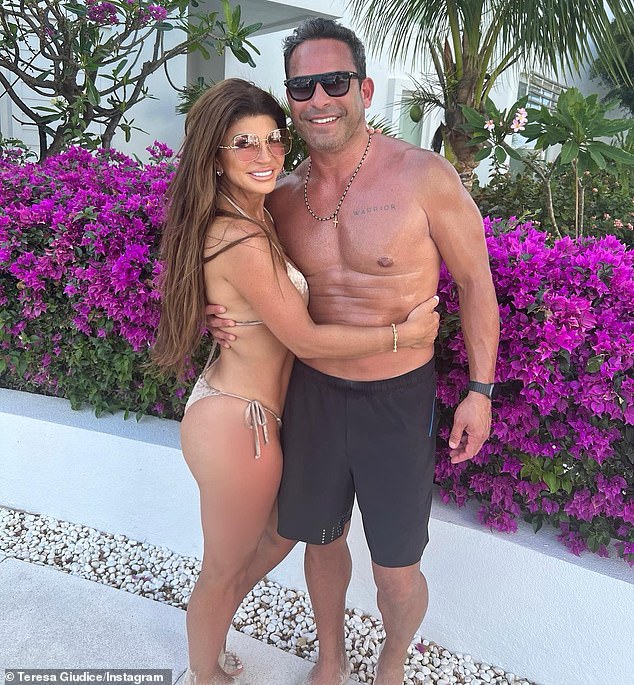 Meeting: Joe and Louie reportedly met when they all traveled to the Bahamas for a family vacation with the Giudice kids 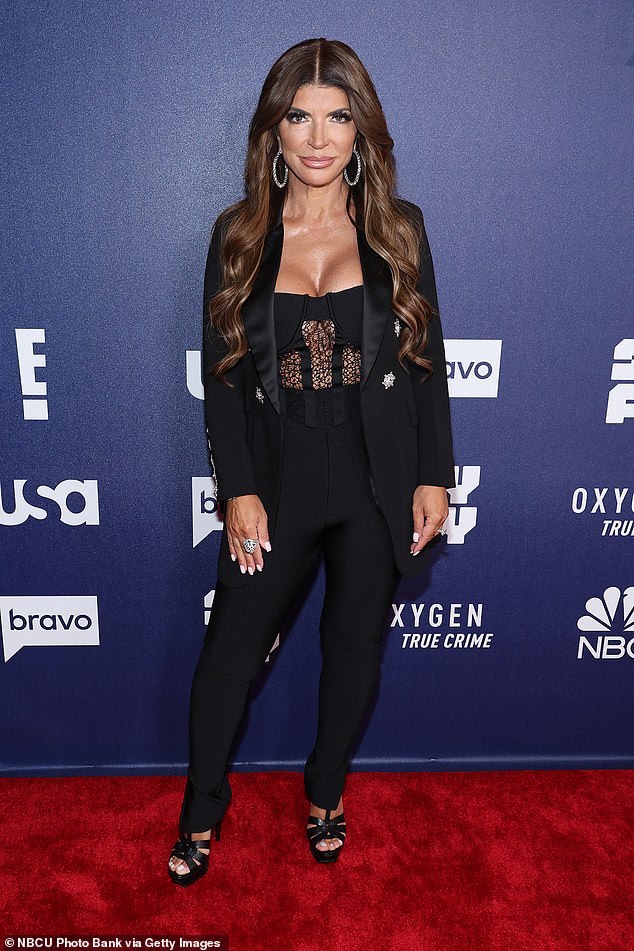 Time served: Both Teresa and Joe Giudice were convicted on wire fraud and other charges. She served 15 months, Joe did 41 months before being deported to Italy. They divorced in 2020

As for their reaction to their former brother-in-law’s statement, the Gorgas have no comment, saying through a representative ‘he ain’t worth it.’

It appears the Gorgas will not be present to watch Teresa and Louie take their vows at the Park Chateau Estate in East Brunswick, New Jersey, even though they were invited.

Page Six quoted a source who asserts part of it stems from Melissa not being invited to be a bridesmaid and Joe Gorga felt it was a sign of disrespect.

Speaking on his wife’s Melissa Gorga on Display podcast in May, the entrepreneur said, ‘Regardless if she liked my wife or she didn’t like my wife, she’s basically smacking me in the face, and she’s giving me no respect, and she’s making it hard on me.’ 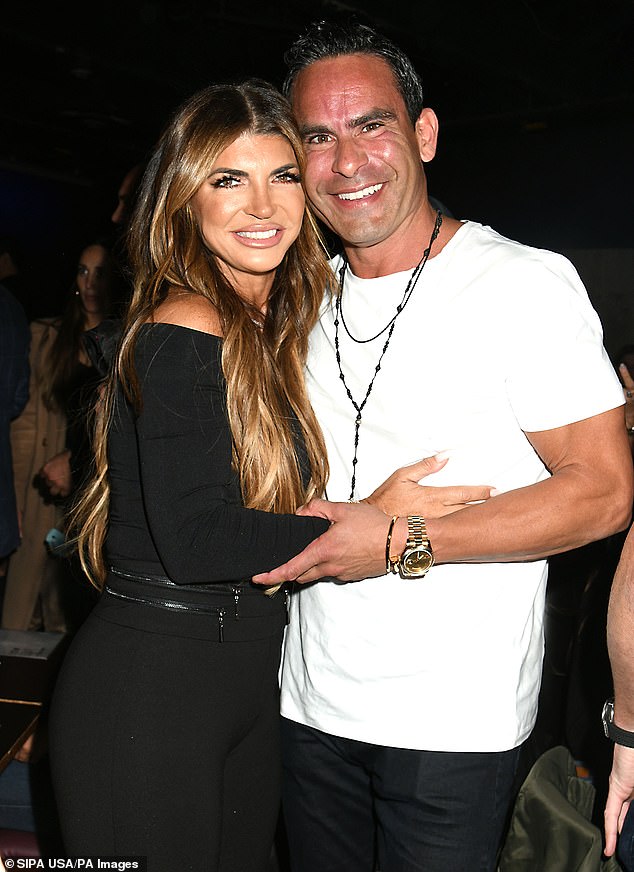 The source also said ‘There was a very tense ‘Housewives’ finale filmed earlier this week.’

Teresa hasn’t commented on the snub, but a second insider said the blowout was caused by Teresa allegedly pushing a rumor that would “cause drama” within Melissa and Joe’s marriage.

Both of the Gorgas were notably absent from photos posted from Teresa’s and Louie’s joint bachelor and bachelorette parties. 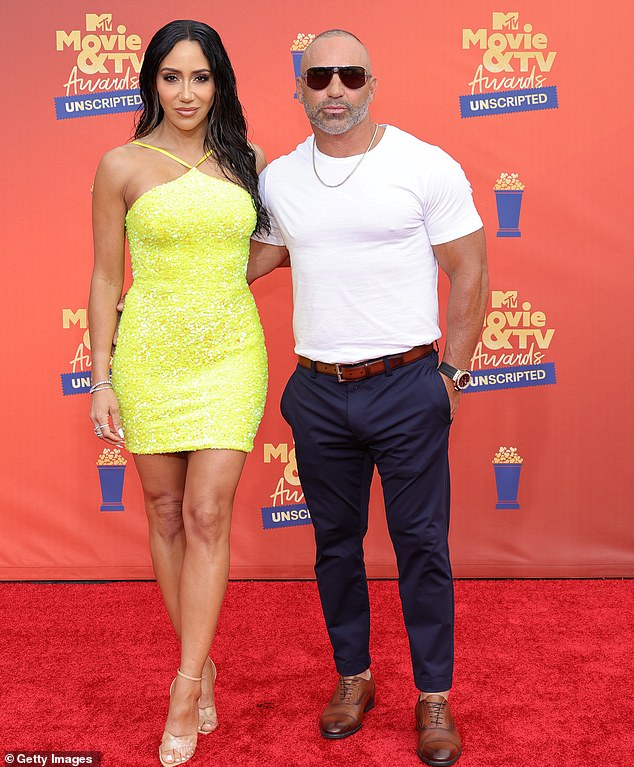 The In-laws: Joe Gorga, 42 is Teresa’s brother. Melissa Gorga is her sister-in-law and The Real Housewives of New Jersey castmate. Regarding their former brother-in-law’s comments, the couple’s rep said, ‘he ain’t worth it’ 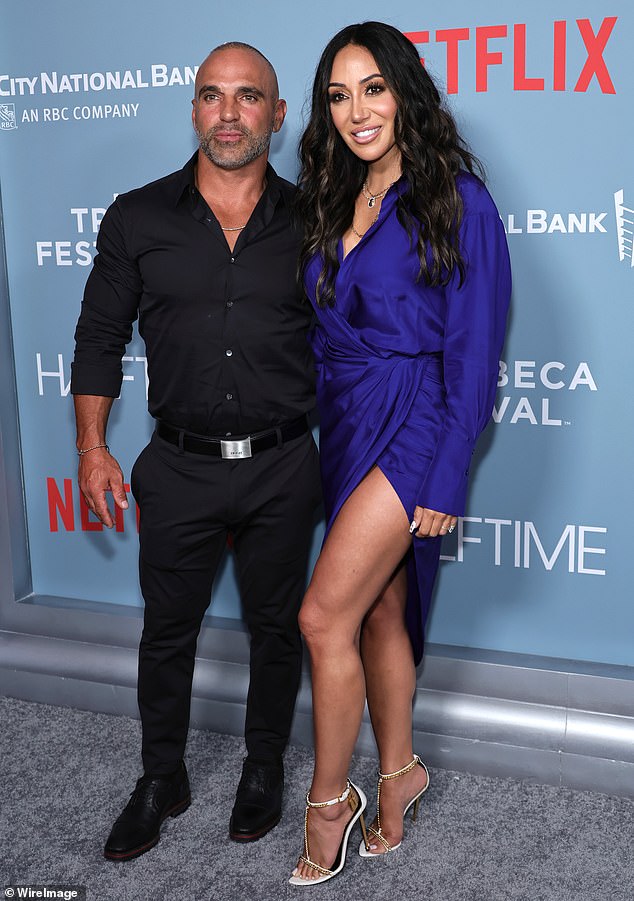 Disrespect: Melissa was not asked to be a bridesmaid in the wedding and on her Melissa Gorga on Display podcast in May, her husband said, ‘Regardless if she liked my wife or she didn’t like my wife, she’s basically smacking me in the face’

The wedding is being taped as part of a RHONJ special to be seen at a later time.

Things started to go south for the couple when both were convicted on charges of mail, wire, and bankruptcy fraud. 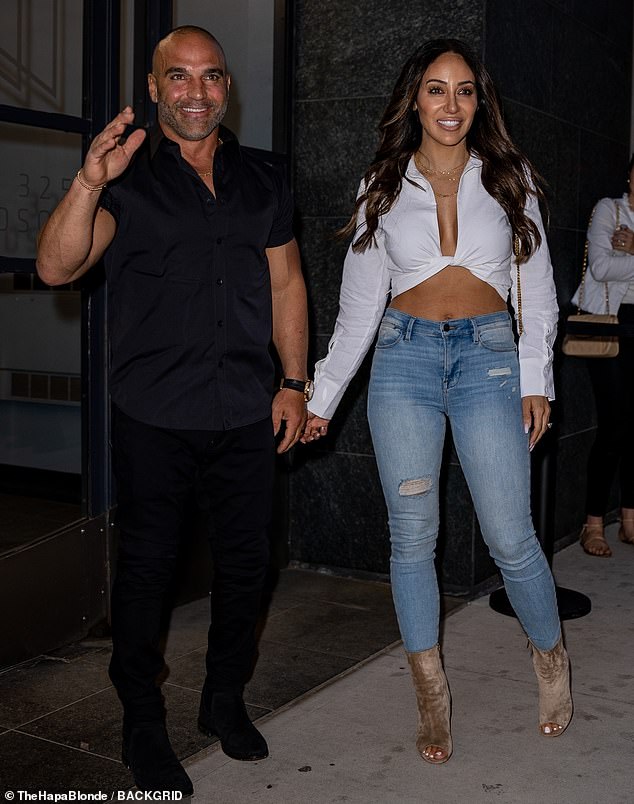 No show: The Gorgas will reportedly be skipping Teresa’s wedding. Besides the bridesmaid snub, a source said Teresa has allegedly been spreading a rumor that could ’cause drama’ in the Gorgas marriage

Teresa spent 15 months in jail while Joe spent 41 months behind bars for the 2014 conviction. Joe was deported to his native Italy after he was released and the couple divorced in 2020.

Teresa and Luis ‘Louie’ Ruelas got engaged in October 2021.

He is the father of two sons, David and Nicholas, with ex-wife Marisa DiMartino. 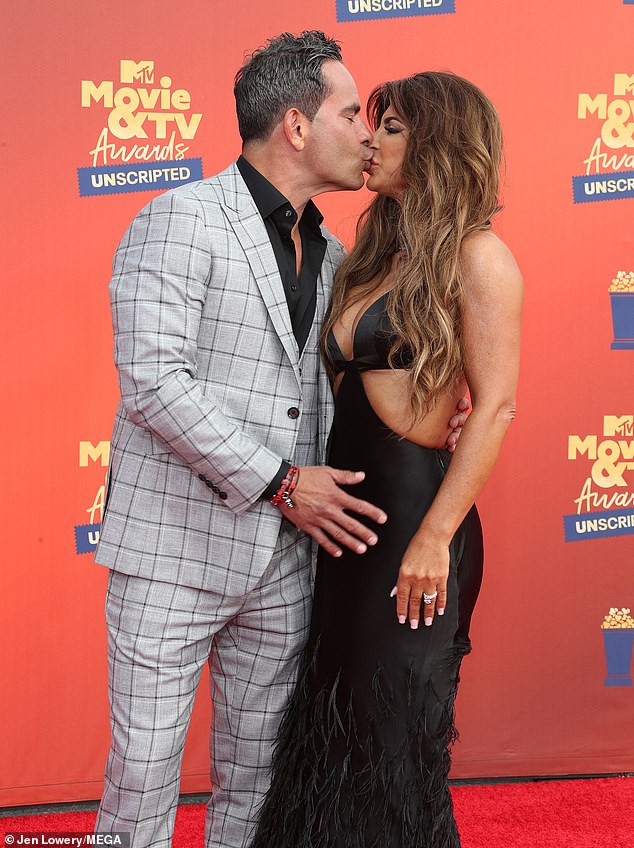 Special: The Giudice/Ruelas wedding is being taped for a future Bravo TV special