Travis Scott and Nike’s footwear drops are out in full force now, and right now the most elusive of the known pairs is up for grabs. La Flame’s Air Max 1 collaboration has emerged in a Wheat/Leo Drop/Baroque Brown collorway, joining the Gold and Brown version dropping on SNKRS and select retailers on May 27th. This “Wheat” pair, however, appears to be available exclusively through Travis Scott’s website here via their online draw.

While these appear similar to the upcoming pairs, this travisscott.com exclusive featured a wheat suede overlay above a lemon drop mesh base and brown interior lining. The same “Cactus Jack” branding appears on the insoles, while the racing flag patch appears at the heel.

Make sure to follow @kicksfinder for live tweets during the release date.

In light of the recent tragedy at Astroworld, Nike has indefinitely postponed the release of the Air Max 1 “Cactus Jack”.

The “Wheat” colorway is available exclusively on travisscott.com via raffle. 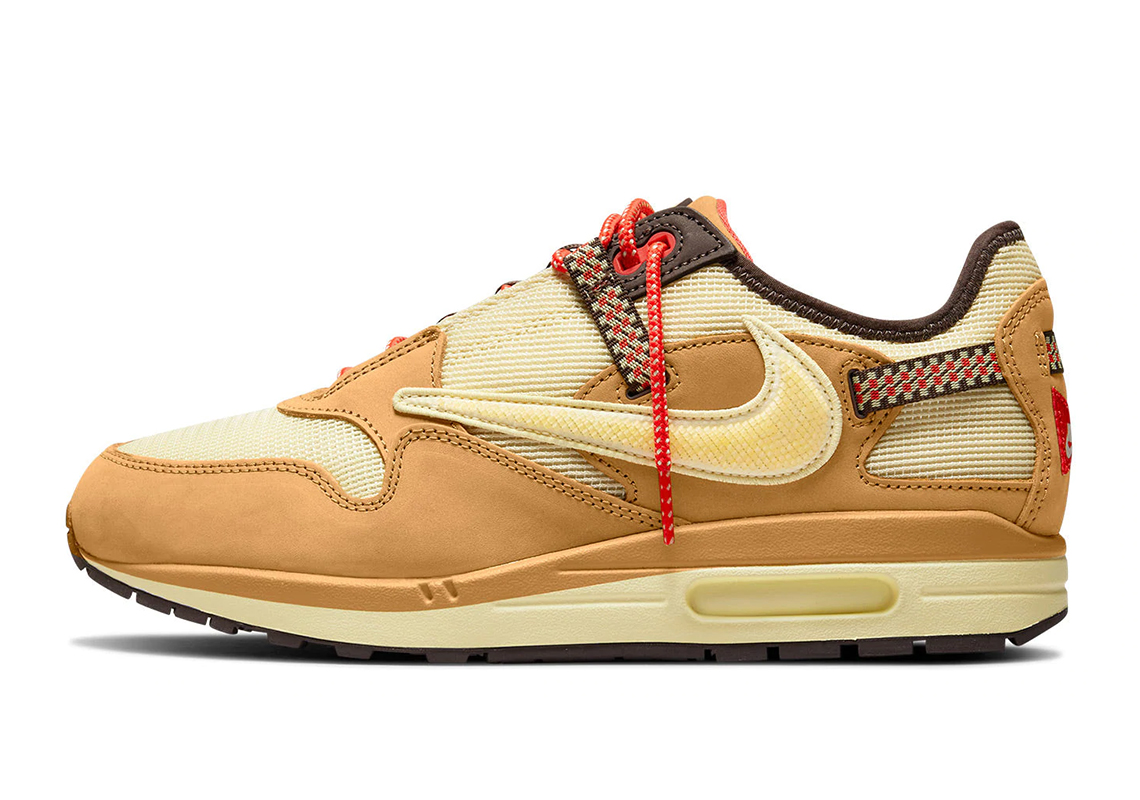 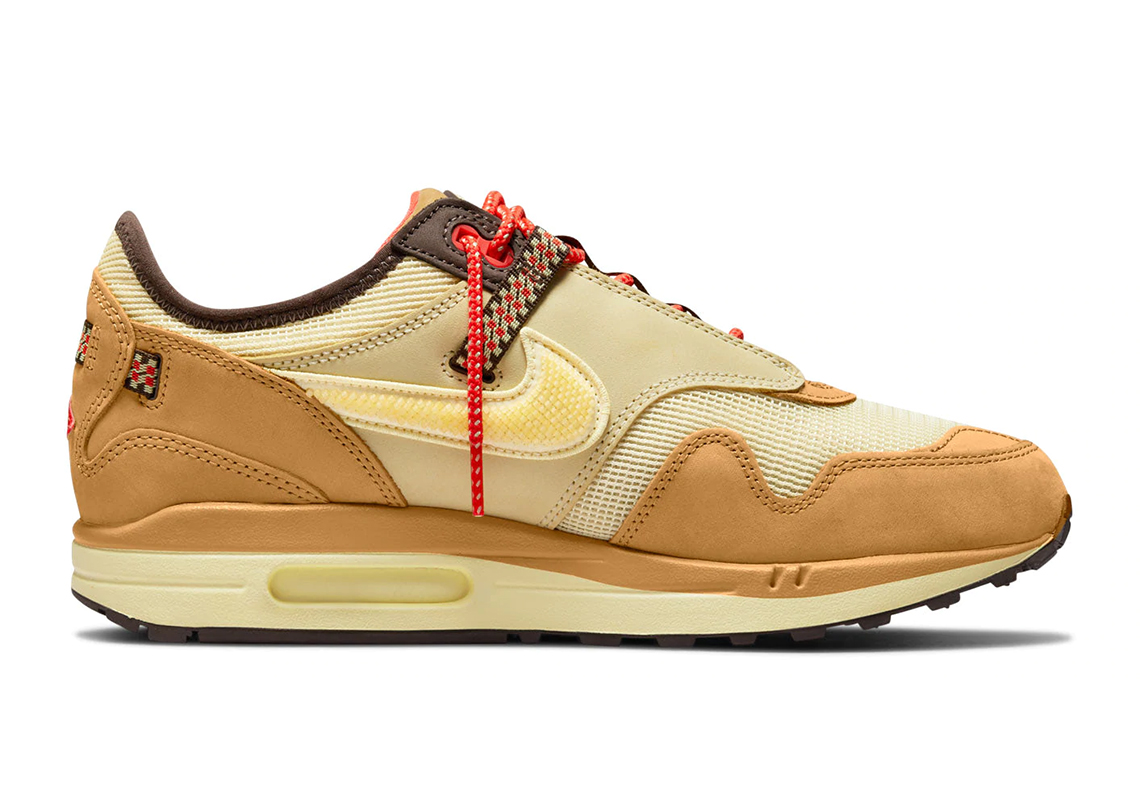 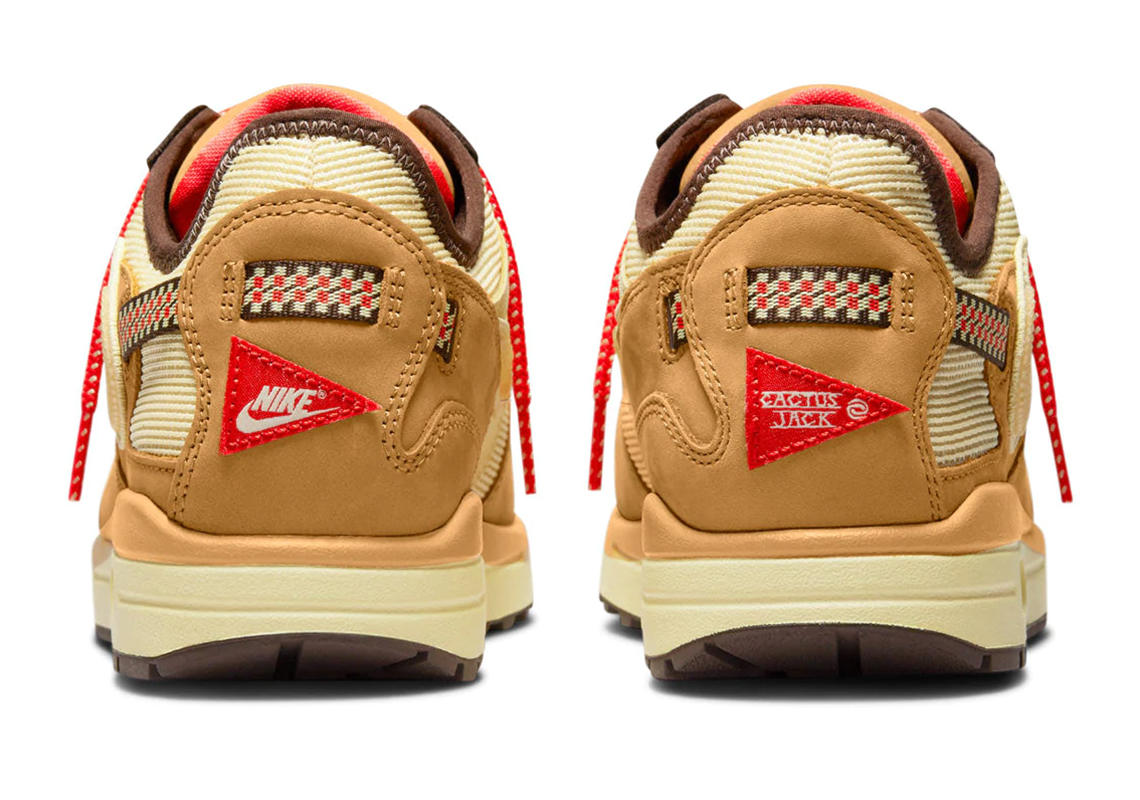 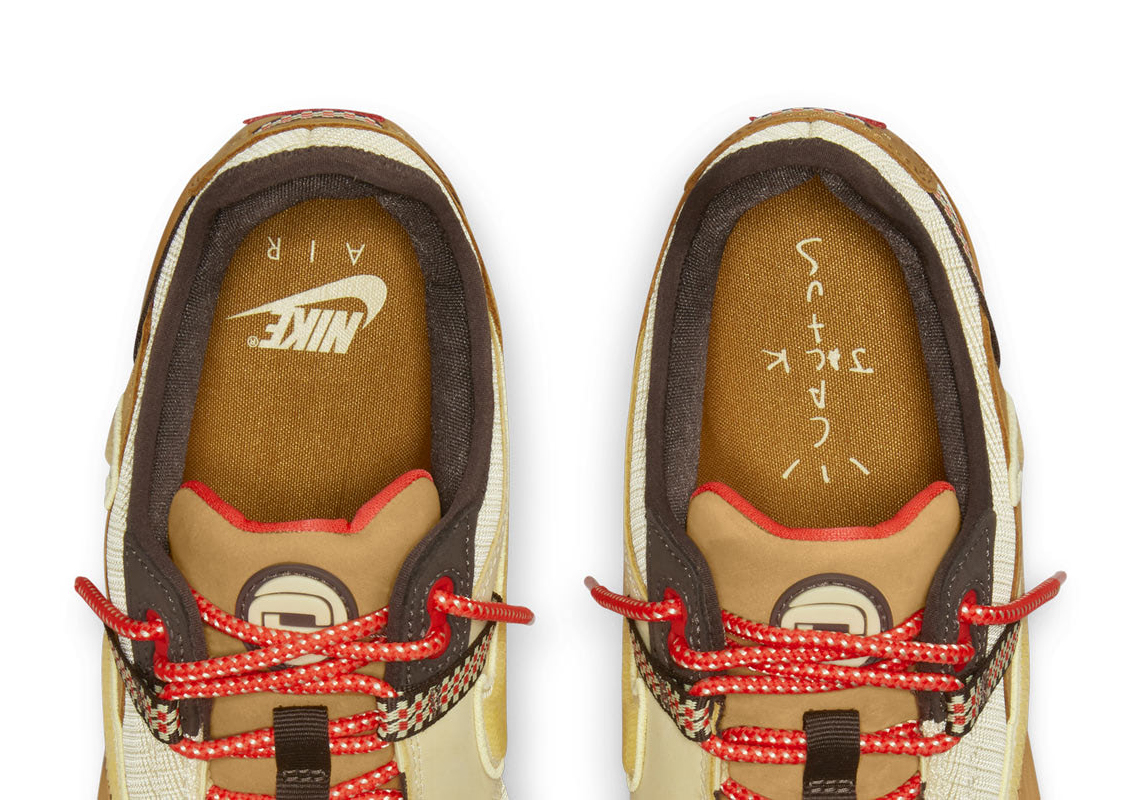 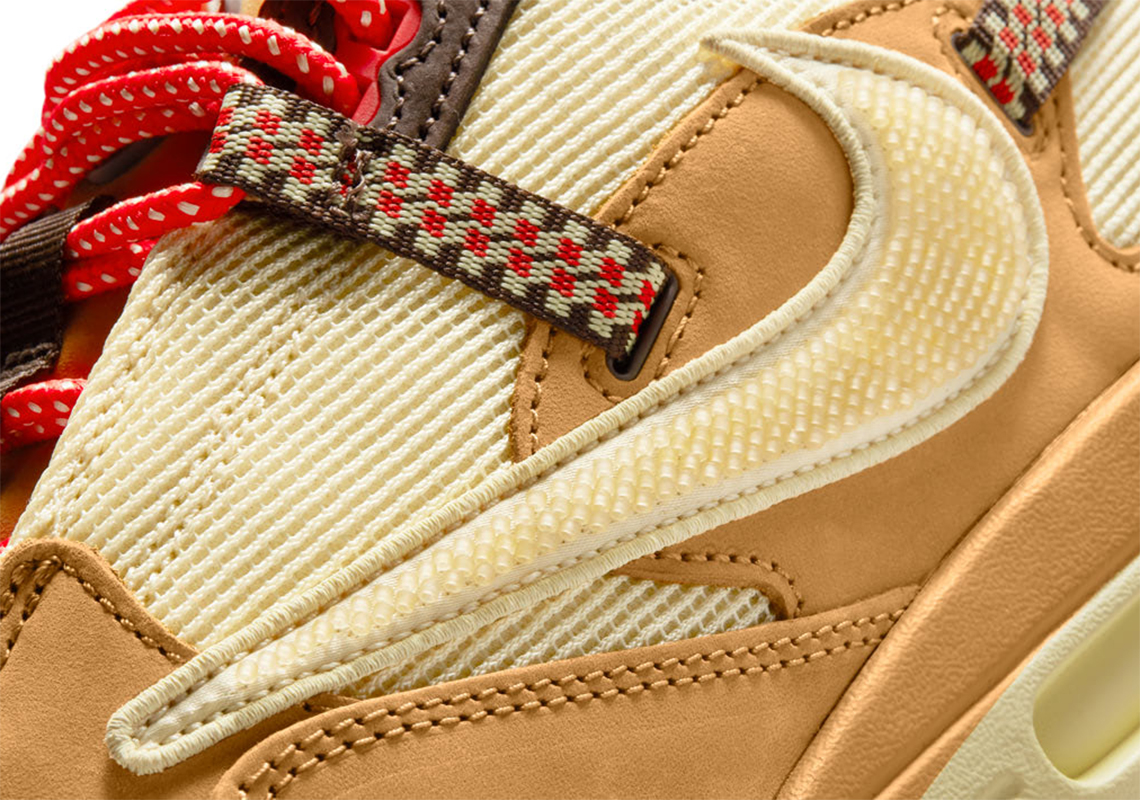